The current price of a house in the United States is more than it was in 2006 in every single state. Even if prices remain extremely high for the foreseeable future, the market will not be subject to a comparable catastrophic drop. This is because the majority of these prices are the result of an inadequate supply not being able to meet demand.

At this time, we are unable to create a sufficient number of homes to match the demand. The ease with which individuals were able to access credit fostered speculation, which in turn led to an increase in demand, which ultimately resulted in a market that was overvalued.

Although a crisis in the economy brought on by the housing market is not on the immediate horizon, rising property prices will have a significant bearing on the economy throughout the longer period.

Cheap financing was a trademark in the years leading up to the housing crisis; however, in the years following the Great Recession, it became significantly more difficult to obtain a mortgage, particularly for families with low incomes and individuals with less than stellar financial standing. Since the year 2000, there has been a marked reduction in the number of people who have been approved for mortgages despite having credit that is less than ideal. This has led to an increase in the median credit score, particularly at the lower end of the scale. Between January 2000 and April 2018, there was a 43-point increase in the median credit score, and a 67-point increase in the credit score of the lowest 10 percent of borrowers. Both of these increases were seen.

The contribution of residential real estate to the nation's gross domestic product ranged from 4.5 percent to 5.3 percent, with a mean of 5.0 percent, during the years 1980 and 2000. In 2005, it reached its highest point of 5.9 percent, and then it gradually declined till it reached 2.5 percent in 2010. Despite a modest increase to 3.3 or 3.4 percent since 2016, this is still far lower than the norm throughout history.

It is estimated that there were 350,000 fewer housing units constructed in 2017 in comparison to the number of new households. In addition, the type of housing that is being created does not match the type of demand that is being expressed by households, which results in an inadequate supply. As a result of rising construction costs, an increasing proportion of new homes are being built at the more expensive end of the market. This is occurring despite the increased demand for housing at more affordable prices.

The lower end of the housing market is experiencing a disproportionately larger increase in property prices due to supply and demand imbalances. Since 2014, there has been a large annual increase in housing prices for individuals in the income groups with the lowest 20 percent of households.

How Does this Translate to the Larger Economy?

Even though we are not as susceptible to a housing collapse as we were in 2006, the high home prices that were caused by a lack of supply will have repercussions in at least four different ways throughout the larger economy.

When there is less affordable housing available on the market as a result of rising prices at the lower end of the market, it is more challenging for families with lower and middle incomes to purchase their own homes. Based on the results of the decennial census and the American Community Survey, an increase from 39.8 percent in the year 2000 to 49.7 percent in the year 2016 is estimated.

Further factors augmented by this are the changes realized in the event of hiked rental prices which include:

Everyone knows long-term tenants who are now interested in buying a home. When rent rises, sensible renters weigh the commitment and costs of homeownership (maintenance, repairs, property taxes) against the growing percentage of their incomes spent on rent. Renters who want to buy a property should consult a mortgage lender and real estate broker as soon as feasible, preferably months prior to their lease ends.

To find an economical location to live, you'll need to be flexible. Without cheap housing, families may have to share bedrooms. Tenants who can't locate a place to dwell may rent out rooms to pay rent. Only a few tenants can afford high-end rentals.

Temporary tenants trying to save for a down purchase may have to stay in their current property longer. Many tenants are delaying their house hunt. Rising home values mean renters must save even more for a 15 or 20 percent down payment.

Consumer Goods are Seeing a Drop in Demand

If a bigger portion of a household's income goes toward housing costs, that household will have less money available for discretionary spending on other things. Likely, decreases in housing costs and an increase in the availability of housing will lead to a rise in demand for other goods and services, which could lead to greater job creation and economic growth in other industries.

There is a Misallocation of Resources

Employees are unable to relocate to locations that offer greater employment opportunities or to remain in such locations because there is an inadequate supply of housing in those locations. Recent research indicates that inadequate housing supply was responsible for a 36% increase in the rate of economic growth from 1964 to 2009.

The Growing Disparity in Levels of Wealth

Low-income renters are experiencing increased rent obligations and difficulty finding an affordable home to own as a result of the tight financial market and rising housing costs caused by supply restrictions in the housing market. 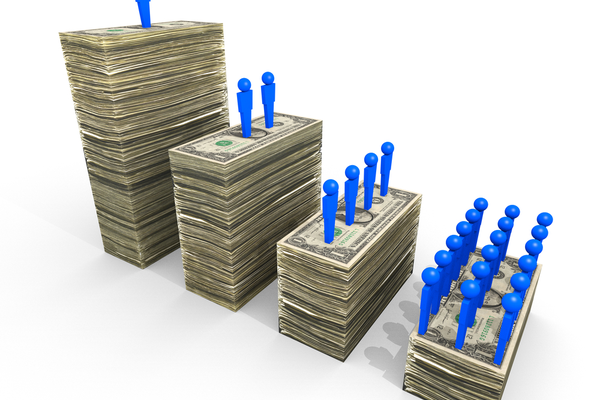 Existing homeowners, on the other hand, may look forward to continuing to watch their worth grow. Because owners typically have incomes and assets that are significantly larger than those of renters, the wealth gap between owners and renters widens as a direct consequence of this disparity. This could result in a further widening of wealth disparities in the future because homeownership is a key factor in the creation of long-term wealth and the fact that children of owners are much more likely to become owners themselves.

Pricing always takes into account both the cost of producing an item as well as a markup on that cost. According to this interpretation, all changes made to retail prices always signify either a change in the markup or a change in the expenditures. Even though either route would be exciting, we contend that our empirical relationship is mostly driven by markups. This is even though both channels would be interesting. To establish that this is the case, we must first demonstrate, after controlling for several observable costs such as local salaries, commercial rents, and wholesale costs, that these factors are unable to explain the correlation between rising retail prices and rising housing prices. If the costs are not being accounted for, then the variation in our markups must be. Why should retail establishments hike their pricing whenever the cost of real estate goes up? We are all aware that an increase in the worth of home translates into a bigger wealth for the family that currently resides in it. As homeowners advance in socioeconomic status, they become less interested in the particular prices of the retail goods they purchase. When retailers recognize an opportunity, they often respond by increasing their markups to capitalize on it.

Whatever the cause may be, rising housing prices are putting homeownership more and further out of reach for a growing number of American families. The decision-makers in the United States should give serious consideration to any and all viable options for expanding the housing stock in the country.